Tadalafil relaxes muscles and increases blood flow to particular areas of the body. Tadalafil under the name of Cialis is used to treat erectile dysfunction (impotence) and symptoms of benign prostatic hypertrophy (enlarged prostate). Another brand of tadalafil is Adcirca, which is used to treat pulmonary arterial hypertension and improve exercise capacity in men and women. Do not take Cialis while also taking Adcirca, unless your doctor tells you to.

Red Rock Canyon is a few miles from our home in Las Vegas.

Faculty Advisor at the Voice of America, Washington, DC.  Set up, administered and, for six years, conducted all of the VOA training sessions on writing and interviewing.  1984 – 1990.

Ed Bliss Award.  The annual award of the Electronic News Division of the Association for Education in Journalism and Mass Communication for â€œOutstanding teaching, scholarship and service.â€  Presented at the AEJMC Annual Convention in Chicago, IL.  August 2012.

Faculty Innovator, 2005.  Awarded by CCIM Dean to faculty whose curriculum ideas and projects were considered innovative.

2003 Awards â€¦ 28 awards (including 18 first place awards) from the Society of Professional Journalists (8), the Associated Press (11), Network Indiana (5) and RTNDA (3) â€¦ produced by the Indiana Public Radio/WBST news staff, under my direction, 2002-2003.  Note that the RTNDA Edward R. Murrow Regional Writing Award is for a commentary I wrote and delivered.

Indiana Associated Press Awards … a total of 59 awards  — produced by the Indiana Public Radio/WBST news staff, under my direction, 1995-2003.

Society of Professional Journalists … a total of 27 awards — produced by the Indiana Public Radio/WBST news staff, under my direction, 1995-2003.

Faculty Member of the Year from the Ball State University students majoring or minoring in Telecommunications (700+ eligible to vote).  1995.

DuPont-Columbia Award â€œFor Excellence in Broadcast Journalism” for the series production of “Moore on Sunday” on WCCO-TV, Minneapolis, 1974-1975.  The DuPont-Columbia is generally viewed as the broadcast equivalent of the Pulitzer Prize.

Writers Guild of America/East … Special Award for WKCR-FM’s coverage of the protests at Columbia University which I produced and directed, 1968. 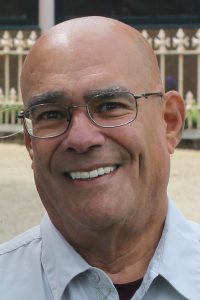 â€œSound Choices: Health Care Decision-Making Near the End of Life.â€  This was a series of health care reports on Indiana Public Radio (and other stations in Indiana and around the country).  I was the producer of all the programs.  1998 – 1999.

Host and moderator, â€œQuestion the Candidates,â€ a series of call-in programs with the three candidates for U.S. Senate from Indiana (including eventual winner, Evan Bayh).  Broadcast statewide on all public radio stations from the studios of WFYI-FM in Indianapolis.  October 14, 21, and 28, 1998.

Reporter, â€œGM Workers Return to Their Jobs.â€  A 50-second report broadcast nationally on NPR (National Public Radio) on November 3, 1996.  This was the first time in more than eight years that a report from WBST had been broadcast on NPR.

Producer, Hopewell Weekly on WBST and broadcast on public radio stations throughout Indiana. 1996-1997.

Producer and host (along with Steve Bell), â€œSecond District on the Air.â€  Weekly call-in radio program with U.S. Representative David McIntosh on WBST (and carried live by two other stations).  1995.

Writer and Producer, â€œHealthcare Reform: Where Do We Go From Here?â€  Hour-long program simulcast on WIPB-TV and WBST-FM.  September 1994.

Writer and Producer of hundreds of news stories and several special series on the homeless, consumer matters, health issues, crime, and a number of investigative reports on WSYX-TV, Channel 6, Columbus, OH.  January 1989 – August 1992.

Co-Produced/directed five-part investigative series called â€œMental Mistakesâ€ (along with hundreds of news stories in 1985 and 1986) on WRC-TV, NBC-owned station, Washington, DC, May 1986.

Produced more than a hundred television documentaries (and dozens of news stories and specials) on WCCO-TV, CBS-owned station, Minneapolis, MN, 1970 – 1974. 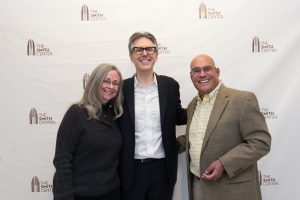 Carole and Bob Papper with Ira Glass at the Smith Center in Las Vegas. 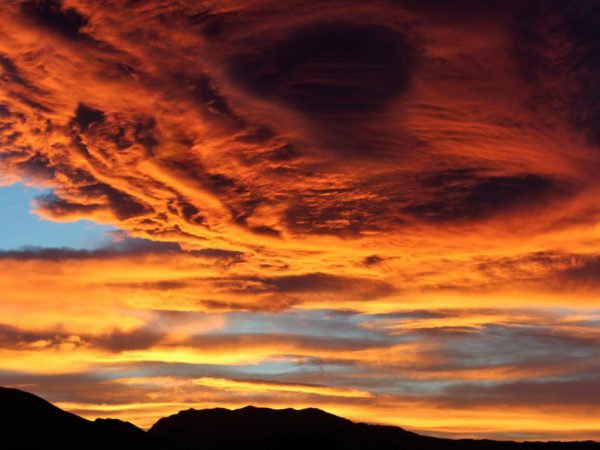 Service to Academic and Professional Community

As noted elsewhere, I was invited to be one of 20 participants from across the country for the Research Design Meeting for the Multi-Market Study of Critical Information Needs to be conducted by the Federal Communications Commission.  September 14-15, 2012.  Bethesda, MD.

Originated and arranged for Hofstra University to be the original â€œfounding partnerâ€ for AOLâ€™s PatchU.  Formally announced in September 2010, the other 12 schools participating with patch.com include Stanford, UNC, Northwestern, Missouri, Berkeley and USC.

In 2010, I prepared data for the Federal Communication Commission Inquiry on the State of Local Radio and Television News.  In addition to the data supplied directly to the Commission, I also prepared data for two people called to testify before the Commission: Barbara Cochran, President Emeritus of RTDNA and Tom Rosenstiel, Executive Director of the Project for Excellence.  Both participants submitted their prepared remarks to me to double check for accuracy prior to testimony on Thursday, March 4, 2010.  In conjunction with the data, I was also the major supplier for information to Cinny Kennard, Special Consultant, Federal Communications Commission Future of Media & Information Needs of Communities in a Digital Age.  I was offered the opportunity to write the Commissionâ€™s chapter on radio but turned down the offer because of a potential conflict of interest with the RTDNA/Hofstra University Annual Survey.

Moderator for appearance of Anderson Cooper at Hofstra University.  March 19, 2009.

Moderator for appearance of George Stephanopoulos at Hofstra University.  February 15, 2009. 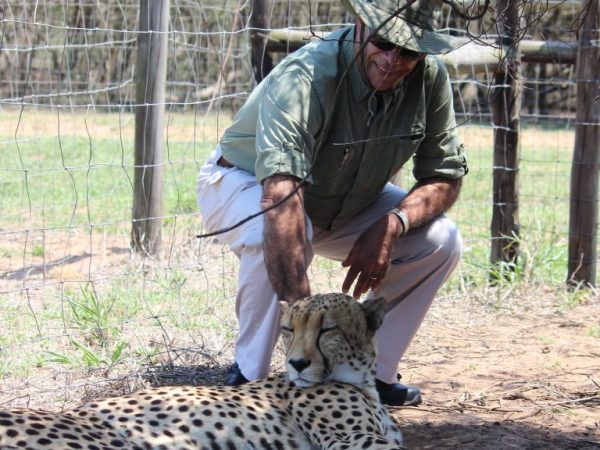 Consultant (with another) on the operation, management and academic relationship of WMUB-FM, the public radio station of Miami University in Oxford, OH.  Hired by the Dean of the College of Arts and Sciences to study and evaluate the station and its mission at the university.  Summer 1996.

Consultant and writing coach for The George Washington University Medical Center, working with their public relations staff on writing, publications and presentations, Washington, DC.  May 1996. 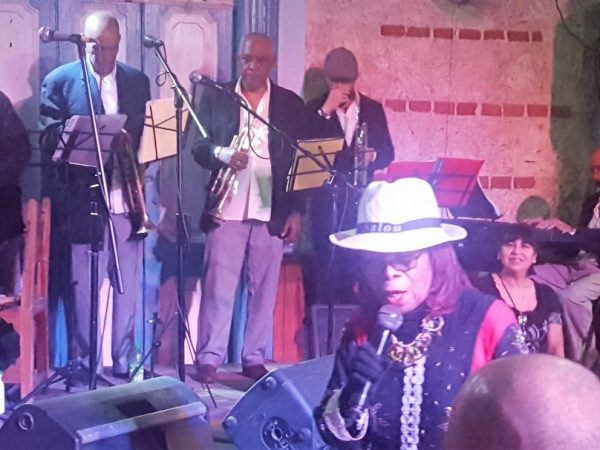 Interviewed and cited for “Appearing on Camera,” published as part of Business and Administration Communication, 3rd edition, by Kitty O. Locker, Irwin Publishing, 1995.

Negotiated and arranged for CNN affiliation for use in class and on air on all Ball State stations, 1994.

Faculty Advisor at Voice of America, writing report on professional training needs at VOA and training hundreds of VOA journalists in writing and interviewing, Washington, DC, 1984 – 1990. 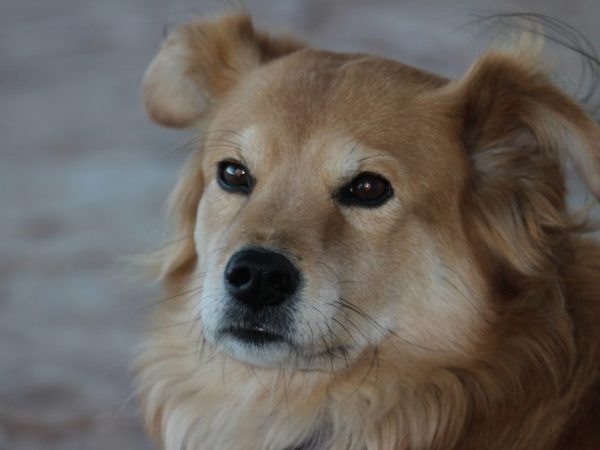 Chair, Professional Freedom and Responsibility Committee of the RTVJ Division of the AEJMC, 1988 – 1989.

Consultant for KECI-TV, Missoula, MT on organizing and producing a special series on the Montana economy and politics, 1986 – 1988.

Judged National Media Awards for the American Speech-Language-Hearing Association in Rockville, MD, 1985 and 1986.

Consultant for the United States Information Agency with journalists from around the world, including France, Lebanon, Peru and Brazil, Washington, DC, 1983 – 1986.

Reviewed book for Prentice-Hall Publishing on broadcast operations and management, 1985.

Program Director in charge of broadcast journalism, The American University, 1983 – 1984.